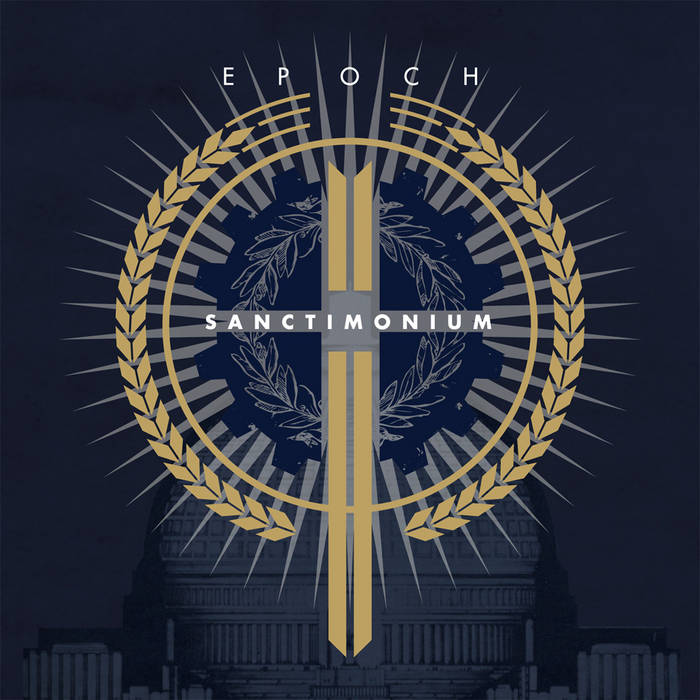 As events continue to evolve and magnify the obvious overreach of U.S. and its allies' influence in world affairs under the guise of the protection of democracy and freedom, the pompous lies and half-truths told by the politicians are beginning to unravel. Not that these events are new, but rather that the insidious nature of them are finally coming to light. This behavior of governmental conspiracies has a long history and has been utilized to retain control over the masses while furthering the globalization of power and wealth. As the U.S. and its conspirators has spread “democracy” to the rest of the world, so has it spread economic and social corruption.

"Sanctimonium," the new album from Epoch, weaves the lies and half-truths into a sonic assault on those who seek to control us through manipulation. Epoch’s post-industrial militaristic machine music takes a harsher tone this time, bringing more aggressive and distorted guitars into the mix, while continuing the sound established on the previous album, Purity & Revolution.

Epoch further explores the rise and fall of western dominance with songs such as the monumental track The Rise, or the grungy, swirling overdriven guitar track, All Heil the Chief. On Cold Wave, Cold War and Information is Power (NSA Ultra Mix) Epoch reveals the Orwellian transgressions that have occurred and sanctioned by our leaders. With the harsh track Disciples of Mars, Epoch blends even more EBM based electronics into the forefront of its sound. Along with overarching symphonics, Epoch achieves yet another album of blended industrial styles, while retaining its militaristic identity.